computers and me.....finding my inner geek 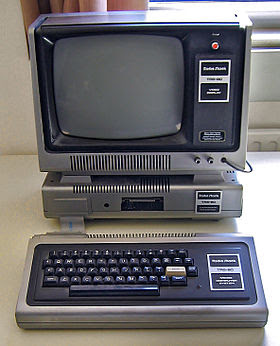 I saw my first Radio Shack TRS-80 Model I at a friend's house many moons ago.  It was also at that house on the same day that I saw HBO for the first time.  It all seemed so fantastic - a computer that fit on a table top and a commercial free movie on a TV screen.  I'm guessing that was 1977.  I was a newbie selling real estate back then.  The "computer" in our office was a MLS terminal and I can't really remember it having a screen.  It seems in retrospect to have been more like a tele-type machine.

In 1978 I moved into mortgage banking as an originator for a S & L.  We had no computers.  We had no fax machines. We had IBM Selectric typewriters for the processors.  Originators had hand held calculators.  We had P & I books and Reg Zs and GFEs were all manually calculated and hand filled forms.

In 1980 I moved to a private mortgage banker in a super cool building with a heliport.  This was high tech mortgage lending and there were some computer terminals on desks.  I didn't have one.  Originators were still operating in full manual mode.  I had a company car though and that was pretty neat.

Move on to the S & L Crisis and I met the Radio Shack TRS-80 Models II & III. In fact, I became intimately acquainted with these units because I took a one year hiatus from mortgage banking while the world of real estate moved through installment land contracts and seller financing because consumers could not afford double digit interest rates.  I worked at a Radio Shack computer center.  I didn't know it at the time but this one year stint laid a foundation for computer hardware logic that has served me well.  Yes, much has changed but strangely lots of what geeks chat about is basically the same or similar to what I learned back in ye olden days from Tandy.

I used all of that training when in the late 80s and through the 90s - being self-employed - I had to setup technology for my offices - all pre-network independent workstations.  In 2000 when it was time for a network, I let go and hired a pro to set it up and assigned the management of IT to my operations manager.

We had a Windows 2000 server with clients running Windows 98.  We eventually upgraded the clients to Windows XP Pro and tweaked the system here and there, but other than that - as long as it was running and served our purposes, I was happy.

I'm a frugal business person.  I use technology as a tool.  I see no need to constantly upgrade and change unless there is a good reason to do so.  About three years ago I got a good reason to do so.  The local computer guru - when called to fix the server - told me he could no longer get parts for our motherboard.  Though it was working now, I would have to plan for a new server.  I asked for a written estimate.

During these last three years I noticed a slow degradation of the network - oddities that couldn't be explained to me by my IT pro or employee.  I felt vulnerable.  Our local pro was always overworked and not that good at doing things like coming when he said he would or getting me that estimate.

My IT employee needed to move on.  She's a terrific artist and started a gallery.  I decided to take over the network.  I upgraded the backup system on our title archives.  I started working my way around all the workstations - cleaning and defragging and updating.  I still didn't understand the network and planned to take a course.

One day I noticed an anomaly in Displaysoft.  It wasn't updating properly so I called for technical support.  I love Displaysoft and I love their support team.  We tried a fix on two workstations.  She noticed that the network was set up in an odd way and asked if I would give her access at the server.  I did.  While she was remotely connected I heard her say to a co-worker, "Wow, I'm actually inside of a Windows 2000 Server." I realized then what an antique we were using. She didn't even know how it SHOULD be set up - it was so old that she had never been trained on the software but she managed to get our Displaysoft updating properly and I called our local computer pro for that estimate again.  I really didn't push the matter because I still felt like I needed to understand networks before a new one was set up so I took my chances and let it go.

Then, of course, the server failed.  One morning I showed up at the office and slowly heard everyone asking everyone else if they could get in.  We couldn't.  The Internet was functional but we could not access the server.  I called the local pro for emergency service and we started to implement our emergency protocol.

Do you have an emergency protocol?  What's your backup for functionality if systems or the power fails? Depending on the nature of the emergency we have a few emergency low tech tools on hand. We have three old fashioned phones that we plug into lines that bypass our central phone system.  These work without power and give us access to the outside world and allow us to at least answer the incoming calls.  Cell phones can be used for outgoing.   We  have two typewriters to use in a pinch.  Our email is in the cloud so if we have Internet, we have email.  Backup versions of documents also reside in the cloud so we can do some work while the server is down.  We have a single station version of Displaysoft that can be used if we lose our server.  Any data entered into this stand alone must later be entered into the server but in the interim, we can perform and prep closings.

While my staff assessed their tasks in emergency mode, I called our local pro again.  It immediately became clear to me that he wasn't coming.  We had a failure of our server followed by a failure of local tech support.

I called a regional tech service company who did a terrific job of remote troubleshooting and assessment.  I thought it might be the power supply.  He agreed and started for our office with his tool kit in hand - a trip of about 20 miles.

It wasn't the power supply.  This fellow was a good hardware problem solver.  He said what he needed was an old computer with a similar processor.  I gave him access to our retired computers awaiting recycling.  He found one that worked.  He replanted the guts of our server into that little workstation and VOILA we were in business.  I was impressed. My staff was impressed.  Our total downtime was only about three hours.  WHEW.

I asked for an estimate for a new server.  He got it to me the next day.  With some tweaking we bought a system that meets our needs.  It runs on Windows 2008 server.  After he set the system up, we were left with a few problems hanging.  Our HP 5si wasn't working properly.  One of our scanners was offline and the  McAfee software on our old server wouldn't load onto the new server.  He asked that we run the system for a few days, add any problems to this list and he would come back to work through the various fixes.

I made a decision to put my computer hat back on and try to fix all of these problems myself.  I went to Barnes and Noble and spent $120 on three books.  I am happy to say that the days of Radio Shack have connected with the level of expertise I need to run this new system and I was able to call this fellow and say I've got it all running.  We are pleased as punch with the system.  I am slowly improving efficiency of each client - workstation - and the staff reports daily that their computers are running faster than ever.

I may yet take a course - but make that a hardware course.  I'm finding my inner geek.

two spaces after a period

Blogger no longer word wraps with forgiveness of the two space generations like me. So, please forgive me when you see those out of format little spaces at the start of lines.  This is one old habit I'm not trying to break.  It's on automatic pilot - two spaces and me.
Posted by Unknown at 9/17/2011 09:47:00 AM No comments:

Southern Title suspends issuance of policies mainly because of a defalcation.

I spoke recently with the Pennsylvania rep for Southern Title.  He had made the jump from New Jersey Title and was busy signing up agents who were left without an underwriter when New Jersey Title stopped writing new business.

Both regional title insurance underwriters were hit by substantial defalcations.  I am convinced that the system of title insurance underwriting is capable of withstanding title claims - good years and bad.  It's the defalcations that put the entire system at risk.  If underwriters do not get serious about the money that flows through the hands of agents, then regulators ought to focus their eyes on the major weakness of the system.  This is where consumers are most likely to be harmed and the largest vulnerability - in my opinion - to the entire system.

Bonding isn't enough.  We need mandatory annual audits of the escrow accounts.  The audits must be performed by independent CPA firms following some uniform standards. I believe the FHA audit requirements for their approved lenders provide a framework for file review.  General audit guidelines for reconciliation of accounts should cover the agent obligation for a triple reconciliation.  Add to that checks for escheat compliance and a system for monitoring and protecting good funds moving into and out of the agency and you shut down the opportunities for bad agents or stupid agents to play with the money in escrow.  Yes, these audits are expensive.  I have to say, however, that the cost of the audit would most definitely be less than the cost of eating the cost of producing title commitments for files that don't close.  Just consider it a cost of doing business and if you complain to me about that audit being too expensive then we can chat about cancellation fees and RESPA because I am sick and tired of the same stupid game being played over and over and over.  Defalcations will kill the business of title insurance.  It's time to take our medicine.
Posted by Unknown at 9/17/2011 09:45:00 AM No comments:

lenders on the RESPA hot seat for reinsurance partnerships

In exchange for the their business, companies such as Citigroup Inc, Wells Fargo & Co, SunTrust Banks Inc. and Countrywide allegedly required reinsurance partnerships on generous terms that violated the Real Estate Settlement Procedures Act, a 1974 law prohibiting abusive home sales practices.
During a two-day presentation in the summer of 2009, HUD's team presented DOJ attorneys with a thick binder of evidence that major banks had engineered a decade-long kickback scheme, people familiar with the investigation say.

NEW YORK (AP) — Counties across the United States are discovering that illegal or questionable mortgage paperwork is far more widespread than thought, tainting the deeds of tens of thousands of homes dating to the late 1990s.
The suspect documents could create legal trouble for homeowners for years.
Already, mortgage papers are being invalidated by courts, insurers are hesitant to write policies, and judges are blocking banks from foreclosing on homes. The findings by various county registers of deeds have also hindered a settlement between the 50 state attorneys general who are investigating big banks and other mortgage lenders over controversial mortgage practices.
Read more o the AP.
Posted by Unknown at 9/02/2011 08:05:00 AM No comments: 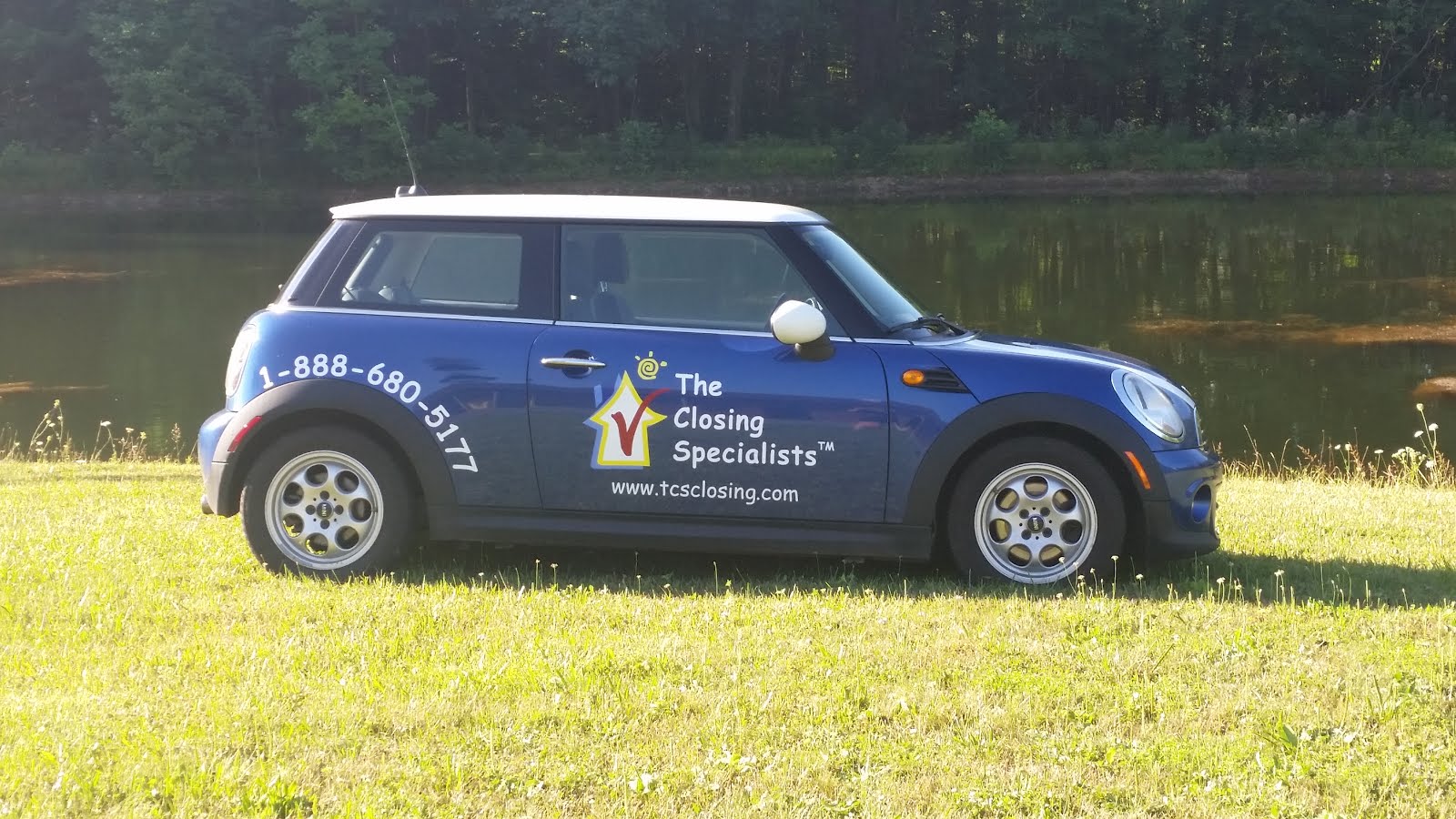